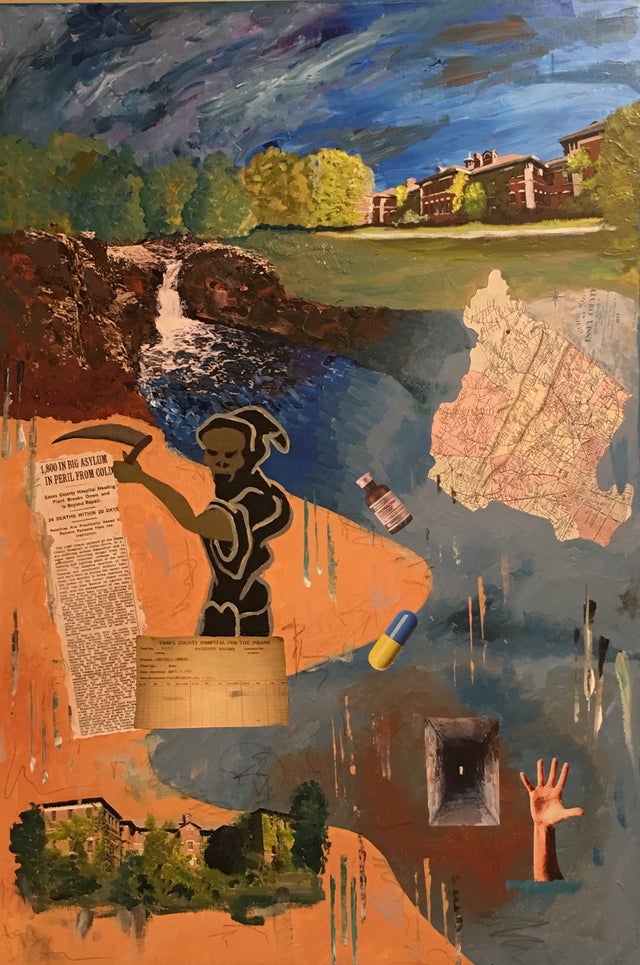 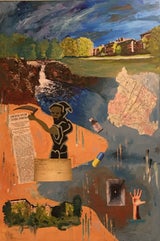 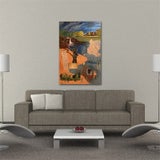 A visual history of the notorious Overbrook Asylum, which opened in 1896 and was the site of many a horrific incident over its history which extended into the 1990s before it was abandoned. For instance, in 1917 the boilers failed and twenty patients, not allowed to leave, froze to death. Over the years their ghosts were seen roaming the buildings and grounds. The pristine new main building at the top of the painting began its downward descent with the advent of the drug Thorazine in the 1950s. Patients on this medication could now live at home. At the bottom of the painting is a rendition of the abandoned building, waiting for the bulldozers... Acrylic painting with collage.