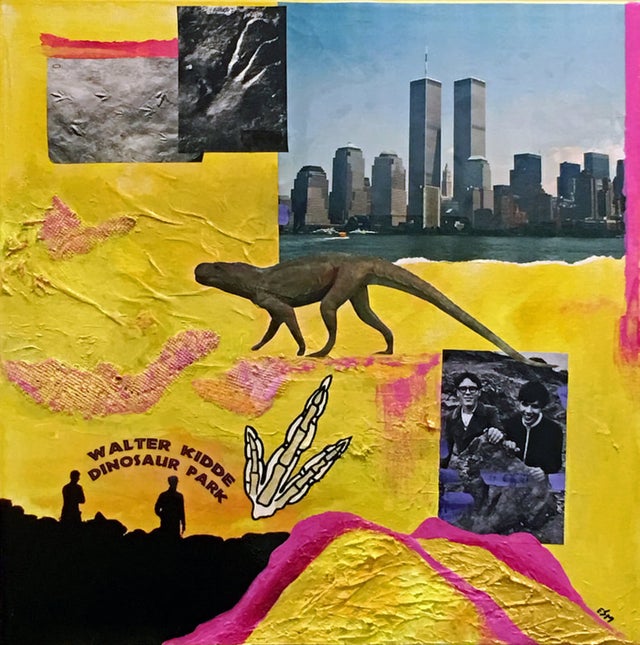 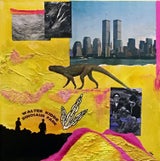 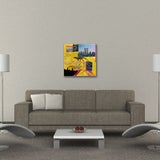 A collage-like painting that tells a fascinating story. In 1968, when the discovery of dinosaur tracks in an abandoned quarry in Roseland, New Jersey, made the local news, two teenage boys in a nearby town jumped on their bicycles and went to investigate. Working on their own, they uncovered thousands of fossilized dinosaur tracks, which an expert called “something of a milestone in the history of these animals because of the large number of tracks.” One of the boys, Paul Olsen, went on to become a leading expert on dinosaur fossils of New Jersey. This painting celebrates those two teens and what they found, at a more innocent time in the United States, the early seventies (note the Twin Towers). A perfect painting for the amateur archeologist in your life, or the lover of obscure history!